Home News Cryptocurrency No Resistance to $6,000 Say Bitcoin Bulls, Is Another Pump Coming? 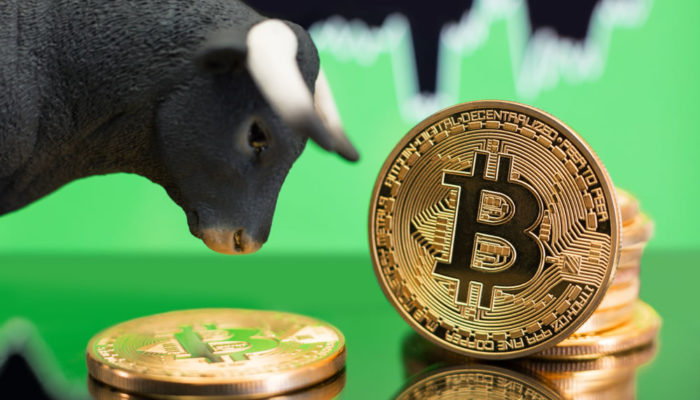 Following yesterday’s epic two hour Bitcoin surge, markets have held these levels today as new support and resistance zones are formed. A number of crypto analysts and industry observers claim that BTC will not stop there and has very little resistance all the way up to $6,000.

Rumors of a single buyer causing the digital tsunami on crypto markets are spreading today. Reuters reported that the Bitcoin pump was probably triggered by an order worth about $100 million. According to Oliver von Landsberg-Sadie, CEO of crypto firm BCB Group this was spread across US based exchanges Coinbase and Kraken and Luxembourg’s Bitstamp. He added;

“There has been a single order that has been algorithmically-managed across these three venues, of around 20,000 BTC. If you look at the volumes on each of those three exchanges – there were in-concert, synchronized, units of volume of around 7,000 BTC in an hour.”

This single event caused a cascade effect triggering automated buy orders across Asia which sent Bitcoin barreling towards $5,000 in a move which added almost 20% to BTC in a day. It has been Bitcoin’s best single day gain for almost a year.

“Sentiment has shifted here. All indications that we have — whether it be fundamentals, technicals, the quantitative analysis we do — all suggest that we probably have at least started to put in the bottoming process.”

He added that improved fundamentals and greater institutional interest alongside new products such as crypto custody from big brokerage firms has added to sentiment.

Kelly explained that the huge levels of volume, which currently equal record levels of $23 billion, could send Bitcoin back to price levels not seen for five months. $6,000 is a reasonable move for this rally said, adding that he wouldn’t call BTC overvalued until it reached the $6,500 to $6,800 range.

Looking back at the chart for the past six months or so there are no major resistance points between current prices and the level it capitulated from in November. From a technical standpoint the Relative Strength Index (RSI) on the BTC weekly chart is interesting as it is attempting to move above a crucial point at 53.85 for the first time since February 2018.The 50 period EMA is also coming into play on the same chart and a break through this could easily send Bitcoin to $6,000.

At the moment momentum is all bullish and the crypto community is finally rejoicing after months of doom and gloom. It this truly is the end of crypto winter the only way is up for Bitcoin and its brethren for the foreseeable future.