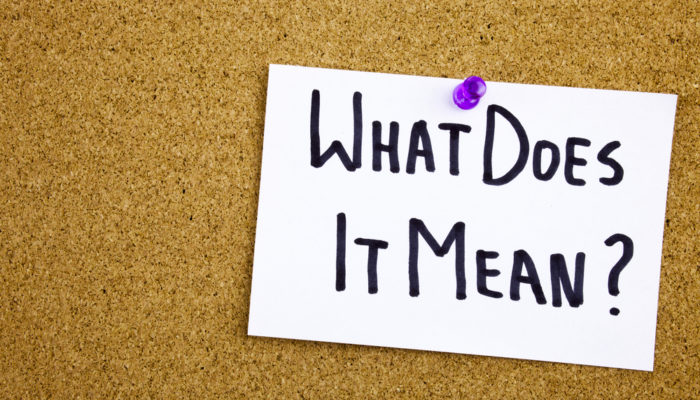 The previous bitcoin bubble has popped, and a new one is already forming, at least according to the Crypto Monk.

The hugely-followed bitcoin and altcoin trader today compared bitcoin’s price performance to the classic lifecycle of a stock bubble. Just like its traditional counterparts, the bitcoin price bubble too had begun with a stealth phase, when the new money entered the market. It then penetrated the awareness phase, in which more investors started taking notice of bitcoin’s price rise.

The bitcoin bubble then moved to the mania phase, supported by mainstream media coverages. Finally, it started losing its size when investors started exiting the bitcoin market at interim profits. And the bubble probably died when bitcoin price touched $3,100 as its s0-called bottom. That was the Blow Off phase.

The bitcoin’s interim boom-and-bust action is reminiscent of many similar bubbles in the mainstream market. The top three stages, for instance, look a lot like October 1929, February 2000, and October 2007 stock bubbles. All these bubbles, nevertheless, have different characteristics. What unites them, in the end, is their ability to recover back and form another price bubble whether it is 1990s dotcom bubble or 2008’s housing market bubble.

The mean curve in the bubble cycle signifies a tipping point that separates an asset’s average value over a set of specific periods. One can also consider them as a break-even value of an asset. If the price is above it, it’s overbought. And if it is below the mean, then it’s oversold. As of now, the bitcoin price to attempting to jump above the same curve. 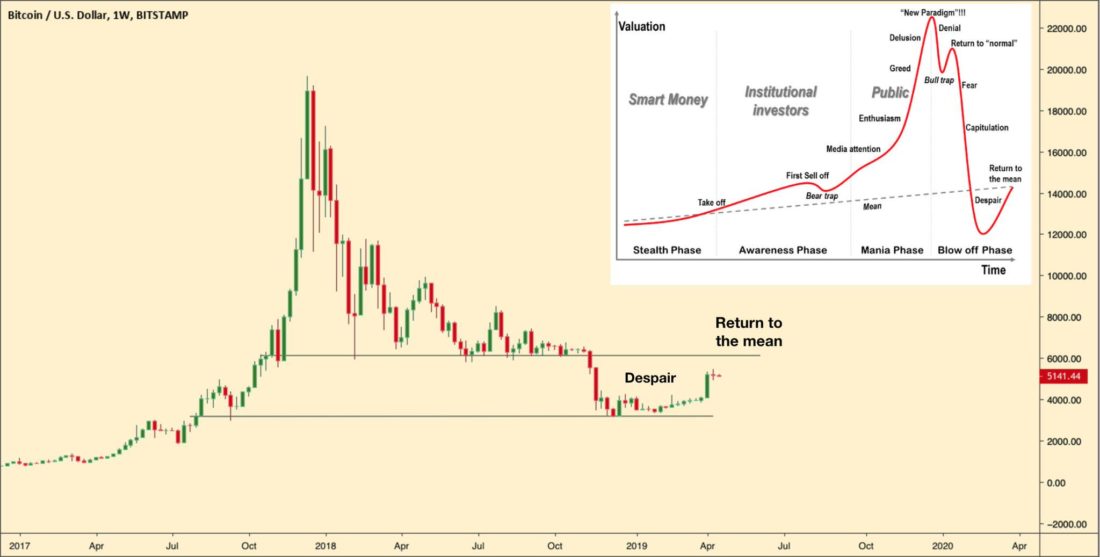 From the look of the chart, the Bitcoin bubble has not fully popped. There is still a reasonable probability of the asset remaining inside the despair phase, dropping towards deeper targets. The worst-case scenario for bitcoin is a complete breakdown. But the possibility of such an event is negligible given the underlying growth of the bitcoin industry. Meanwhile, the first scenario is Bitcoin jumping above the mean level – which coincides with the $6,000-resistance level. Such an action, according to the Crypto Monk, would confirm a new bubble formation.

Luckily, Bitcoin has adequate fundamentals to push itself above the mean level. The April 2 pump has improved buying sentiments in the bitcoin market – and almost all the medium-term indicators are pointing at an extended bullish momentum. According to Alex Krüger, a celebrated cryptocurrency analyst, investors are buying dips at fresher higher lows with a higher degree of confidence.

“Investors (rather than traders) should be looking at fundamentals and the bigger picture,” stated Krüger. “Intraday moves, barring extreme occasions such as the recent breakout, are noise for investors. You will not catch the bottom.”