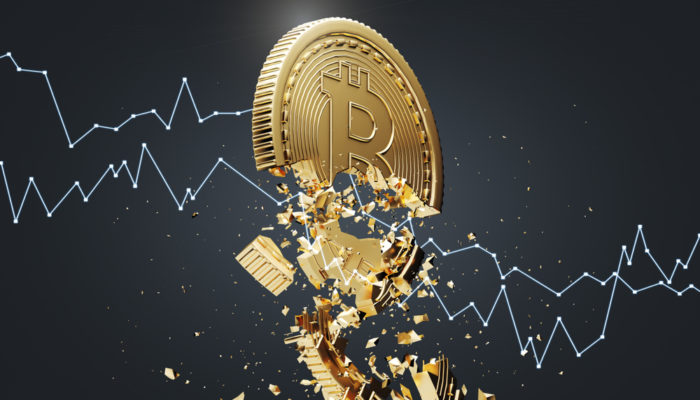 Bitcoin has broken below its recently established trading range between roughly $4,000 and $4,100 that was formed a couple of weeks ago. Although BTC has been somewhat stable as of late, this lack of major volatility should not fool traders as the cryptocurrency typically makes a large price swing after long bouts of sideways trading.

Now, Bitcoin is beginning to push up against a key resistance line that the cryptocurrency has failed to break above on multiple occasions over the past year.

At the time of writing, Bitcoin is trading down 1.5% at its current price of $3,960 and just recently dropped below its key support level that had been previously established at approximately $4,000.

Over the past week, Bitcoin has been coiling tightly within approximately $4,000 and $4,050 before dropping today. Despite today’s drop being relatively small, the recent lack of volatility will likely be fleeting, as BTC has historically made some of its largest price swings after extended periods of sideways trading.

Tim Kelly, the founder and CEO of cryptocurrency trading platform BitOoda, recently spoke to MarketWatch about where he sees the markets heading next, and importantly noted that he believes BTC will “probe” its previously established resistance level at $4,200.

“BTC’s feel at the very moment is that it wants to probe the recent highs and see how strong the resistance is sitting at the $4,200 level… Unless large buying volumes come into the market, probing is all we shall see at that resistance level. We believe it will take a serious force of buying to take those levels out to the upside,” he explained.

Although Bitcoin is somewhat stable at its current price, BTC is now nearing a key resistance level that has persisted for the past year and has never been successfully broken above since the crypto dropped from its highs of nearly $20,000 in late-December of 2017.

Assuming that this resistance level does hold for the foreseeable future, it could lead Bitcoin’s price back towards its 2018 lows of $3,200, which bulls must ardently defend or else significantly further losses could be in store.

As the week continues on and trading volume possibly increases, traders and analysts alike may discover whether or not BTC is able to break above the aforementioned resistance level, which could set the tone for which direction the entire crypto markets are heading next.