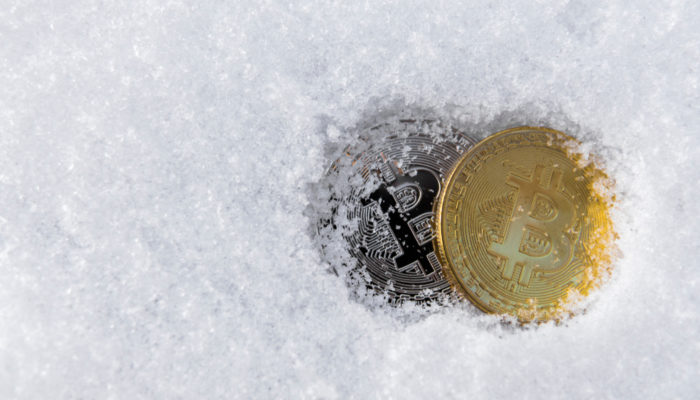 Bitcoin has now firmly established its position in the low-$4,000 region, which was previously a strong resistance level for the crypto. Although this current stability is certainly positive for investors, BTC has, on multiple occasions, spiraled downwards after long bouts of involatile trading.

One analyst is now pointing out that Bitcoin is approaching a historic bounce level, which could mean further gains in the near-future are imminent.

At the time of writing Bitcoin is trading up nominally at its current price of $4,070 and is up slightly from its daily lows of $4,030. Ever since BTC pushed above $4,000 last Friday, the cryptocurrency’s upwards momentum has stalled, leading it to trade in an incredibly tight trading range around its current price levels.

In late-February, Bitcoin swiftly pushed up to $4,200 before incurring significant selling pressure that brought its price back down to $3,800, which validated $4,200 as a strong level of resistance.

Josh Rager, a popular cryptocurrency trader on Twitter, discussed the strength of the $4,200 resistance level in a recent tweet, explaining that he does not believe BTC will be able to break above it any time soon, which means to drop to $3,500 could be inevitable.

Bitcoin Hits a Historic Bounce Level, Could a Crypto Market Surge be Imminent?

Although Bitcoin may now be pressing up against strong resistance levels, its volume is also resting at a historic bounce level, which likely means that increased volatility is right around the corner.

Crypto Thies, a popular analyst on Twitter, discussed this, noting that he expects the crypto to continue upwards, as this bounce level is typically followed by a decent price swing. Despite this, he also notes that the one factor that is going against BTC’s bulls is the lack of any sell climax so far.

Assuming that Bitcoin is able to build a greater level of buying pressure at its current prices, than there is a high likelihood that a move upwards will occur in the near future.

As the crypto markets enter the weekend, it is likely that they will see increased levels of volatility that stems from the lower-than-average trading volume.