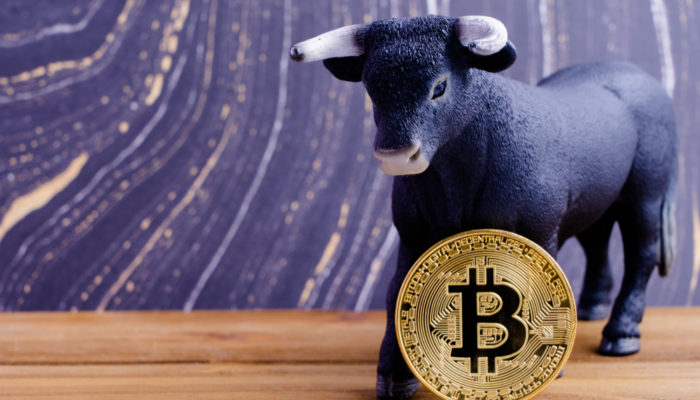 After picking up some steam this past Sunday, Bitcoin was able to approach the $5,200 level before dropping slightly. Although the previous drop – which sent BTC reeling back towards the lower-$5,000 region last week – seemed to mark the end of the surge, it now appears that the markets have further room to climb before they face any significant resistance levels.

Analysts now expect Bitcoin to continue surging higher in the coming days and weeks, as it has formed an upwards parabola pattern that will likely aid in its upwards ascent for the foreseeable future.

Because $5,400 has proven to be a strong level of resistance for the cryptocurrency, it is likely that BTC will require a significant influx of buying volume to propel it above this level.

Thomas Lee, the head of Fundstrat Global Advisors and a notable Bitcoin bull, recently spoke to MarketWatch about what may lead Bitcoin to surge higher in the near future and explained that risk appetite for cryptocurrencies is growing as more traditional equities investors look for assets with higher potential returns.

“Risk appetite is positive for bitcoin. If the S&P 500 made a 2.5 standard deviation move [as it has done year-to-date] and investors are looking for [volatility], that’s building a base case for bitcoin,” he explained, further adding that he expects BTC to break above $10k at some point this year.

BTC Forms Parabolic Pattern That May Allow it to Continue Surging

Because 2019 has proven to be a somewhat positive year for the cryptocurrency markets thus far, and the general consensus amongst analysts and investors alike is that the persisting bear market has finally concluded, it would not be surprising if the markets incurred significant gains as the year drags on.

Lisa N. Edwards, a popular cryptocurrency analyst on Twitter, spoke about Bitcoin’s price action in a recent tweet, explaining that BTC has formed a parabolic formation that does not leave much room for further downside. If this pattern holds over the coming months, the crypto could easily surge towards the $7,000 level.

As the week continues on and Bitcoin begins establishing fresh levels of support and resistance, investors and analysts alike will most likely gain some better levels of understanding as to whether or not BTC is truly able to continue climbing higher in the near-term.