Home News Analyst: Wave of Desperation Could Send Bitcoin (BTC) as Low as $2,400 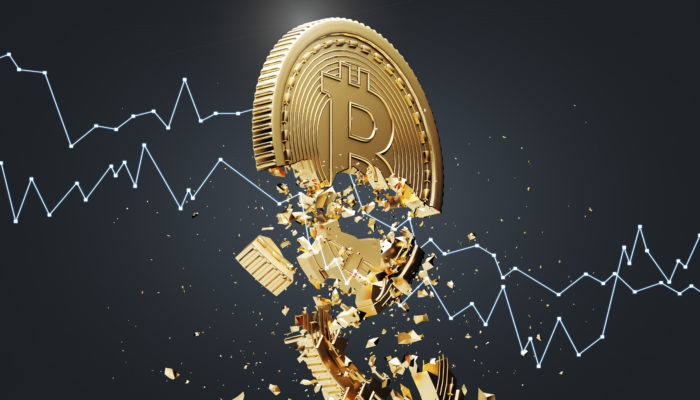 Following the cryptocurrency market’s recent surge that sent Bitcoin (BTC) up 10% and many other cryptocurrencies up well over 10%, the markets have experienced a bout of sideways trading. Although it is positive that Bitcoin has not surrendered much of its recent price gains, it has not been able to garner enough buying pressure to push its price any higher.

One analyst now expects Bitcoin to drop as low as $2,400 in a final wave of massive selling pressure, which could then spark a rally that could send it as high as $6,000.

At the time of writing, Bitcoin (BTC) is trading down 0.5% at its current price of $3,630. In the time following last Friday’s price rally, BTC has been relatively stable, and has found some levels of buying support in the low-$3,600 region.

Although its ability to maintain its recent gains is certainly positive, Tim Kelly, the founder and CEO of digital asset advisory firm BitOoda, recently told MarketWatch that he expects a final wave of selling pressure to push BTC into the mid-to-high $2,000 range, which could then spark a short-covering rally.

“We expect the final wave of desperation to take us to the mid-to-high $2000’s before the market starts the recovery. We could be wrong, of course, and until the 2018 low is taken out (it has not been revisited yet), there is a possibility that the selloff is done,” Kelly explained, further adding that a short-covering “could easily take BTC to $4030-$4300 cluster of previous highs or even to $5600-$6000 support level that has become resistance.”

Analysts Concur That Bitcoin is Bearish in the Short-Term

Although Kelly is offering traders a more long-term view of where he sees Bitcoin heading, multiple analysts have shared their thoughts on Bitcoin’s near-term price action and seem to concur that BTC will see further losses before climbing higher.