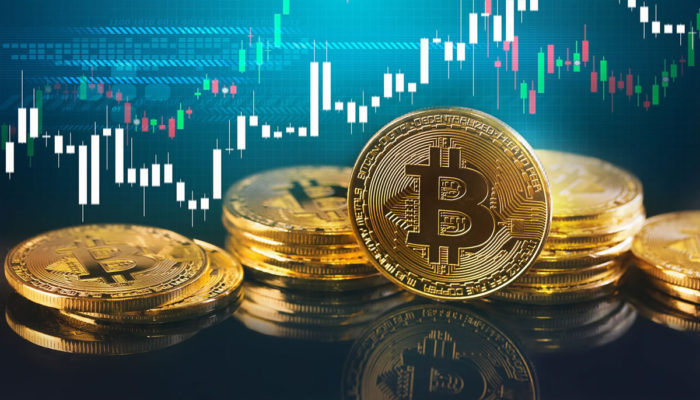 Price predictions for Bitcoin and cryptocurrency markets have been coming thick and fast recently as the bottom appears to be extending and the bears running out of steam. Short term price action will help day traders take quick profits but most people eyeing the industry are in it for the long term. Analysts have been taking a look at the past 12 months for patterns in order to predict the next big movement and some agree that it is more likely to be one to the upside.

Bitcoin has currently returned to its almost four month long resistance level at $4,000. It has not managed to make a sustained break above this price zone since late November when it fell through it in one almighty dump. BTC has only made it to $4,100 three times in four months and has fallen back pretty quickly. The good news is that there has been no major dump down below $3,000 as many had predicted.

That is not to say that this still will not happen yet, but one analyst believes the next move will be to the upside based on long short ratio analysis;

Observing the well-established twelve month trend, Bitcoin analyst ‘fil₿fil₿’ claims that BTC will rally 25% to 50% if this formula holds. Previous rallies have all been over 25% with the highest at over 50% during April last year when Bitcoin bounced from $6,600 to over $9,000. This year’s rally has seen Bitcoin climb over 28% from its lowest to highest points so far.

Daily volume has also been a solid indicator of possible reversal into bullish territory however recent reports of fake volumes and manipulation by exchanges have brought these figures into question. If Coinmarketcap.com can be taken as a true representation of total volume it is currently reported at $9.3 billion for BTC. It has over doubled since the beginning of the year and is holding these levels across all exchanges reported.

However compared to the boom months of late 2017 trading volume is around half of what it was back then. The build in volume shown alongside the four months of sideways trading below $4,000 does look like a strong indication that Bitcoin’s next movement will be a break higher. Once this happens the rest of the crypto market will follow as it has done countless times before. At the time of writing Bitcoin was trading at $4,050, where it has been for the past three days.