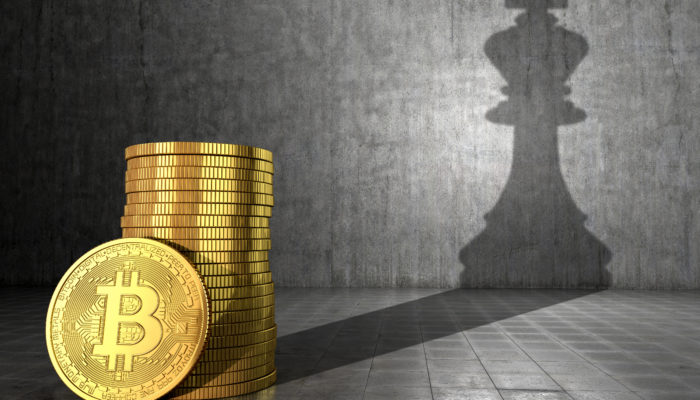 Over the last couple of weeks, bullish sentiment has returned to the crypto market. However, it’s not Bitcoin (BTC) that is causing the stir, it’s the possible altcoin season that is upon us that has traders, analysts, and investors everywhere interested again.

If Bitcoin Dominance Breaks Down, Altcoins Should Soar

There’s no denying that the crypto market is at a critical juncture at the moment. The total crypto market cap has broken out of downtrend resistance, and traders everywhere are convinced an altcoin season is upon us. Even Google Trends suggests that this is true, due to a surging level of interest in Bitcoin’s crypto brethren.

While price charts of various altcoins when compared to BTC clearly depict that there is currently more buying interest in alts, BTC dominance has remained relatively stable even since August of 2018, when Bitcoin went on its own rally independent of altcoins.

However, according to a number of crypto analysts, BTC dominance is resting on support after repeated touches, and could break down significantly. Further adding credence to this theory, is the timing of the altcoin season, as well as the total crypto market cap downtrend resistance being broken.

The recipe for an all-out altcoin season appears to be ready, but it just waiting on the first-ever cryptocurrency to stir the ingredients. It’s interesting to note that the current market conditions appear to closely mimic that of the previous bear market bottoming cycle, where altcoins like Litecoin began to rally significantly relative to BTC. During this time Bitcoin remained relatively stable,, while altcoins soared.

What Happens if Bitcoin Dominance Bounces?

Bitcoin too is at a critical point. The price is near powerful overhead resistance that’s proven to be too difficult to get through throughout 2019 thus far. Each dump has gotten less severe throughout 2019, and if Bitcoin were to rally from its current price of roughly $3,900, overhead resistance would be taken out and a further rally to $4,500 to $5,000 could be in the cards.

If the first-ever crypto were to continue to stagnate, altcoins would rally causing BTC dominance to break down to 2019 lows. But what would happen if BTC dominance bounced at the current support level?

For one, the notion of an altcoin season would be over before it ever officially started. The last time Bitcoin dominance spiked to the current level, was during the August 2018 rally fueled by Bitcoin ETF hype. During this rally, altcoins plummeted, despite typically showing correlation with Bitcoin price movements.

The likeliest scenario is that we see an eerily similar environment as was witnessed during the conclusion of the 2014-2015 bear market, where alts began to surge first ahead of Bitcoin, followed by a slow and steady climb for the leading crypto asset. However, if BTC dominance doesn’t break down as charts appear to suggest, the entire market could fall yet again, or Bitcoin could go on a major rally independent of all altcoins.